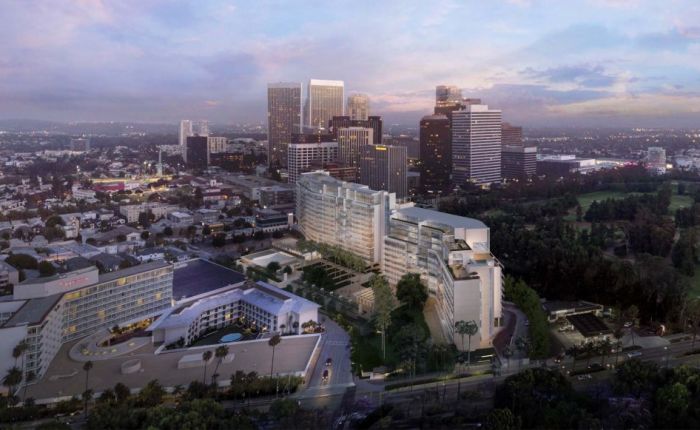 After years of false starts, One Beverly Hills—formerly 9900 Wilshire—seems ready to break ground in early 2017

The project at the old Robinsons-May department store site in Beverly Hills, formerly known as 9900 Wilshire, has undergone some big changes since its new owners, China-based Wanda Group, bought it in 2014. (The department store building was demolished about two years ago, before Wanda bought the site.) Last year, Wanda announced plans to swap out some of the condos in the long-gestating plan—designed by starchitect Richard Meier—and throw in a five-star hotel instead.
END_OF_DOCUMENT_TOKEN_TO_BE_REPLACED